In preparation for the final roll-out of the new iOS App, we are releasing the Release Candidate via TestFlight. This RC version includes visual improvements as well as further fine-tuning of the new video calling feature.

To try the new RC version you need an Apple device running iOS v13.2+ and your PBX to be on the latest v16 Update 5! Be sure to join our Beta testing team and send us your feedback. 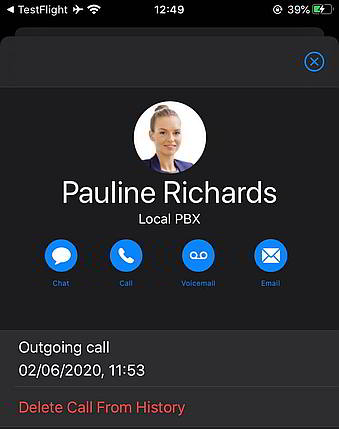 The success of your sales team is directly linked to their ability to build customer relationships that remain relevant... The Release Candidate (RC) of v16 Update 5, is available for download. The RC adds some important fixes for... Video conferencing is everywhere these days. There are the 1-2-1s with your line manager, the team meetings and the... Due to a chain of events, a Debian 9 root certificate was removed in the latest library package of... With all this social distancing, are you starting to miss seeing your colleagues, even the ones you don’t get... 3CX is not a Free Communications Tool. Here’s why.

The communications market is awash with free solutions. Others are offered at exorbitant prices. Yet at both ends of...